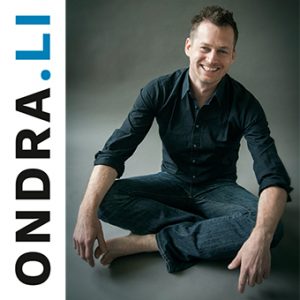 UPDATE: March 8, 2021, unchanged as of October 2022:
»A reflection on FEMINISM, CHOICE, COMPLICITY and SILENCE« and how most Sexological Bodywork and Somatic Sex Education professional associations, leaders, teachers and influencers remain complicit and continue explicitly and silently enabling and supporting unethical practices, retraumatization in trainings, abuse of power and sexualized violence.

This Open Letter by Christiane Pelmas and Ondra Veltrusky was initially published as „Update on the Global Somatic Sex Education and Sexological Bodywork Ethics and Accountability Process“ in a facebook forum for Certified Sexological Bodyworkers with more then 460 members on April 25, 2019. This post on facebook.

As many of you know, about a year ago four Somatic Sex Education/Sexological Bodywork (SSE/SB) practitioners (some of whom are teachers and supervisors as well) entered into a process with the goal of catalyzing a global conversation around ethics and accountability within both the teaching/training and client/practicing realms of Sexological Bodywork and Somatic Sex Education work. As a result, a Statement of Ethics and Accountability was published in November of 2018 and a town hall meeting took place shortly after that. The group of four sent out emails to the many teachers of Somatic Sex Education and Sexological Bodywork globally, to invite their participation. Some brief conversations happened at that time and there was the vision that an even more robust conversation would be able to be stirred in the coming months. Shortly after that, two of the four of the original team withdrew from the process of establishing two working groups to create ethics and accountability within our professions. The remaining two were Ondra Veltrusky and Christiane Pelmas.

This email is to let our communities know, with sadness and relief, that we (Ondra and Christiane) are no longer continuing in our role as the facilitators of this global conversation. It is an important conversation. To our minds it is, in fact, critical to the well-being of the professions of Somatic Sex Education and Sexological Bodywork; critical to the safety of its practitioners, its students and its clients alike. Just as critically, without any conversation of this kind, it is doubtful that the professions of Somatic Sex Education and Sexological Bodywork will evolve to the extent necessary to allow them to take their place among other well-respected, evidence-based professions like Somatic Experiencing, Eye Movement Desensitization and Reprocessing (EMDR) and others. The lack of coherence within the leadership of this profession, the lack of ethical, transparent leadership in general, the lack of restorative justice processes, consistent messaging and lack of consistency of action among leadership is alarming, and in the end, a process neither of us can take on with full-hearted, enthusiastic willingness.

For the continued evolution and development of this young and potentially radical profession, and for the sake of all those who have invested great time and energy in becoming practitioners of Somatic Sex Education or Sexological Bodywork, we hope a global conversation might take root, with the intention of addressing and instituting the above cornerstone practices. Hopefully a new group of folks steps in and takes up the mantel to foment a successful global conversation to tackle these essential issues.

Christiane is stepping out of all her former roles helping to develop, define, refine, or evolve Somatic Sex Education and Sexological Bodywork. Expect a separate announcement shortly, letting the community know of the direction she is going with The Institute for Erotic Intelligence, it’s trainings and continuing education courses. She will continue to prioritize her supervisory and mentorship work with all Somatic Sex Education and Sexological Bodywork practitioners and students who are currently working with her and she will also continue to be available to new Somatic Sex Education and Sexological Bodywork practitioners seeking mentorship and supervision. With great joy she announces that by Fall of 2019, a new group of soul-centric Somatic Sex Educators, all trained in trauma, attachment and interpersonal neurobiology, will be available as global supervisors to assist all those who have participated in trainings whose curriculum did not include these essential components.

Ondra is pausing his engagement in the global ethics and accountability discussion until a transparent procedure of governance, leadership and global policy making is apparent. He believes that it is unacceptable that students have to retake expensive trainings because of alarming differences in professional standards of quality, and a fundamental lack of ethics and integrity. He believes, that trainings with missing basic trauma curriculum and transparent support and supervision structures should not be promoted. This irresponsible negligence of global professional standards is causing great harm to individuals and communities, and is enabling a culture where traumatic events in trainings, boundary crossings and abuse can thrive. Without acknowledging these flaws and creating an accountability process any substantial positive change and healing cannot happen. Ondra will continue working with the Australian Institute of Somatic Sexology (ISS) in order to refine his supervision and coaching skills in the realm of somatic sexology. He welcomes collegial exchanges on any topic at a personal level.

Thank you for reading this through and may the process of establishing a clear and agreed-upon scope of practice for Somatic Sex Education and Sexological Bodywork worldwide and the development of a living body of ethics – and the accountability that are a necessary arm of this endeavor – be prioritized within the global community.

Ondra can be found at:
ondra.li 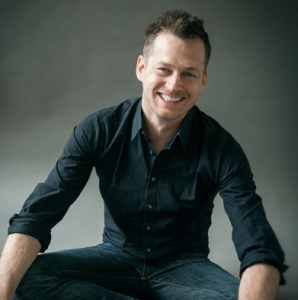 Breaking Silence and Complicity in the Field of European Sexological Bodywork

Presenting an ethical statement around sexual boundary violations commited by teachers in the field of Sexological Bodywork.
Read and support the „Somatic Sex Education Statement of Ethical Teaching“ which I co-authored.

This website uses cookies to improve your experience while you navigate through the website. Out of these cookies, the cookies that are categorized as necessary are stored on your browser as they are essential for the working of basic functionalities of the website. We also use third-party cookies that help us analyze and understand how you use this website. These cookies will be stored in your browser only with your consent. You also have the option to opt-out of these cookies. But opting out of some of these cookies may have an effect on your browsing experience.
Necessary Vždy povoleno
Necessary cookies are absolutely essential for the website to function properly. This category only includes cookies that ensures basic functionalities and security features of the website. These cookies do not store any personal information.
Non-necessary
Any cookies that may not be particularly necessary for the website to function and is used specifically to collect user personal data via analytics, ads, other embedded contents are termed as non-necessary cookies. It is mandatory to procure user consent prior to running these cookies on your website.
ULOŽIT A PŘIJMOUT